we created a piece virtually triggering audio in an empty space that told past histories of the space only through sound. we mapped the same spaces to the different sounds in our lives and premiered a performance going through the space that triggered our own sounds leading to a symphony of all the sounds together as the piece came to a close. participants were invited to explore the soundscape themselves afterwards.

The performance consisted of a 20 minute segment, the first performer introduces themselves dressed in white and walks across the space from left to right recanting the action of coming home, taking a ship of water, watching TV, showering, then sleeping.

The next performer goes through the same movements, but this time using the layer of sounds activated to their experiences. Sounds from them opening the door, taking a shower, and drinking a glass of water. The sounds were collected from the performers’ own experiences and triggered for their performance.

The next scene, one performer goes from left to right in the room and the other goes from right to left with each-others sounds respectively. This introduces the third part of the piece: where the sounds start to comingle and the audience should begin to see that these sounds are not arbitary but coorelated similar experiences.

Finally, both performers improvise with their respective narratives ending with a long sound clip of watching TV together - the sounds are mixed and the performers are next to one another but act if the other is invisible. The performance piece wrap up at this point.

The performance is followed by a Q & A along with an explaination of the idea and technology after a few questions from the performers (/ artists). 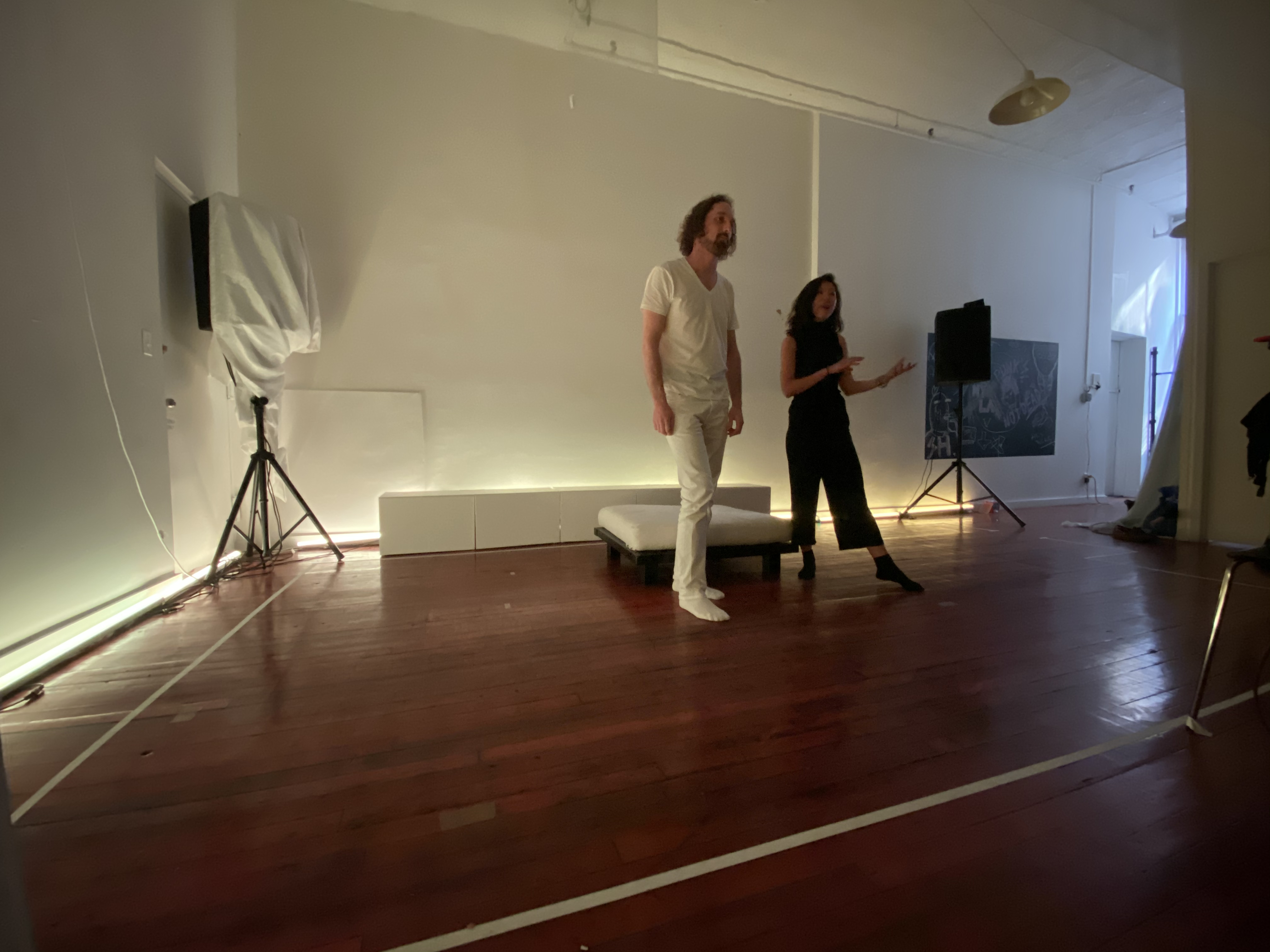 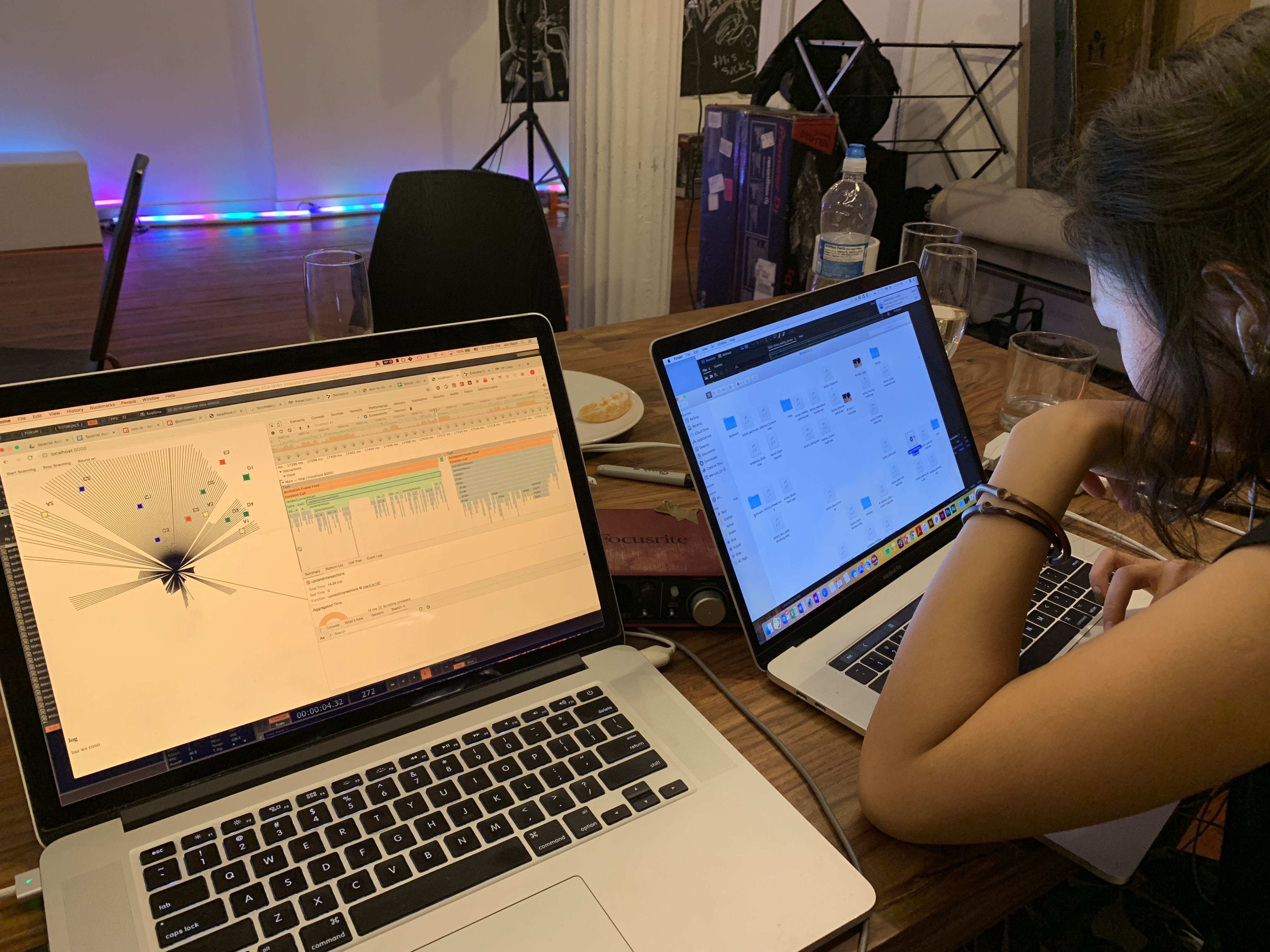